In food deserts communities may have little to no access to fresh, healthy, and affordable food. Both urban and rural towns may be affected, and include those serviced only by fast food restaurants or convenience stores that lack healthy and affordable options.

Lack of healthy options contribute to a poor diet, leading to higher levels of obesity and other diet related diseases, including diabetes and heart disease.

The United State Department of Agriculture defines a food desert as a census tract with a substantial amount of residents who live in low-income areas and who have limited access to a grocery store or a healthy, affordable food retail outlet.

Census tracts qualify as food deserts if they meet low-income and low-access thresholds: 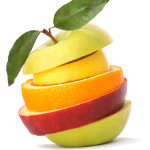 So how many people in Allen County live in a food desert?

There are 12 identified food deserts census tracks in Allen County that affect more than 29,000 people, with eight of those tracks located within the city of Lima. 27.5% of residents have limited access to fresh produce and other healthier food options.

What are we doing to combat food deserts?

There have been several programs created to help finds solutions to these food deserts and bring healthy options to the residents in Allen County.

The Healthy Happens Here program works with small stores in Allen County that are located within food deserts. Stores such as Riverview on Pine Street and Wally’s Fillin’ Station on North Cole, incorporate fresh produce and healthy snacks in there inventory. We work with owners to obtain fresh produce and designate healthy snack options from vendors.

Store owners are given tools, resources, and promotion to start selling healthier options so residents in food deserts have increased access to produce in the neighborhood.

For a list of stores and more information on this program go to: Healthy Happens Here!

Lima City Schools and Apollo Career Center have partnered their culinary program together to create the Cooking for Change initiative, which will provide educational sessions for at risk families throughout the county. Sessions will teach healthy eating and cooking techniques.

The Downtown Lima Farmers Market, located in one of our food deserts, provides access to locally grown produce and homemade foods for the public to enjoy.

How can you get Activated?

Funding and support for these programs is made possible by the following organizations.

Use these links to find healthy local links in Lima, Ohio.